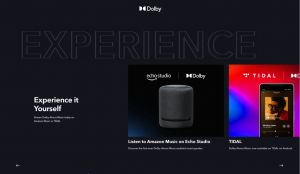 The immersive music race is on. At CES 2020 two new initiatives to deliver music personalized in 3D audio have courted for attention: Sony’s 360 Reality Audio and Dolby Music. And it seems that we’ll be facing again a format war with partners and allies gathered in different camps, as it was some 20 years ago, when the rivalling DVD-Audio and SACD were launched to get 5.1 Surround Sound into the living room. Today, it’s more about having music ‚on-the-go‘, delivered onto headphones and smart speakers than decent home entertainment systems. After all, new technologies have been developed to create auditory simulations, like ‚binaural sound‘ for headphones and ’sound beaming‘ with devices that send audio signals into virtual loudspeakers in your room. Ideally these technologies make use of Next Generation Audio. This means that audio now gets delivered as ‚objects‘ with descriptive metadata to the end-user device, where only then it’s ‚rendered‘. This allows for ultimate adaptability to varying conditions (amount of loudspeakers or binaural simulation), individual factors (e.g. the shape of the ears for optimized headphone listening) or even to adjust personal preferences. At the moment both systems, 360 Reality Audio and Dolby Music, eventually promise all these possibilities in one or other ways. Yet as they have just been launched, they have reached different stages of implementation (and you can guess that both camps were heavy under competition pressure to get things going). 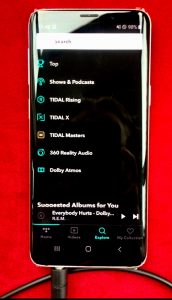 Peacefully side by side in the Tidal app on a Samsung Galaxy: Sony 360 Reality Audio and Dolby Music (why called Atmos here?)

Both, 360 Reality Audio and Dolby Music are quite dissimilar ecosystems: Dolby has neither content nor sells CE devices on it’s own. Still, they’re probably worldwide the most well-known brand in audio. Although being here just a technology provider, their good name is to guarantee for an exceptional audio experience, based on the wide-spread Dolby Atmos. The music itself comes from the major labels Warner and Universal and is delivered on the TIDAL and Amazon Music platforms. But at the moment there are only a few compatible devices, like the Amazon echostudio, or a few Dolby Atmos compatible Android devices (no iOS support right now). Over headphones the reproduction ought to be ‚binaural‘. But Dolby refrains from using this term for some reason. And I must say, that in the few little examples I experienced so far during official Dolby demos, my ears were not convinced. Hopefully Dolby Lab’s extensive perception research will deliver results to develop a better binaural renderer. In contrast, played over the devices‘ speakers, Dolby’s technologies succeed in creating a stunning virtual 3D soundfield in the vicinity, e.g. when looking directly onto the screen (but watching what when listening to music only?). However, you can’t yet hook it up to an existing surround sound system – but that is apparently in the making. So the whole Dolby Music thing naturally is comprised of a combination of their technologies and based upon entanglement of SOC and OS integration. 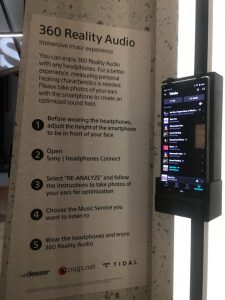 As I don’t own any Dolby Music compatible Android device but an IPhone 7 and a pair of the Sony WH-1000XM2, for now I can only have a closer look at and listen to the Sony 360 Reality Audio service on TIDAL and deezer for iOS (Android versions are of course also available).

First of all: to access 360 Reality Audio all platforms require you to be subscribed to their respective Hi-Fi schemes (which are around 20.- €/month, but you may test these services 30 days for free). TIDAL has it implemented already in their main app, just scroll down to the 360 section in the ‚discover‘ area. In deezer it’s separated in a special 360bydeezer app. It’s not a precondition, but the interesting part starts, if you have any of the supported Sony headphones to optimize the binaural experience (there are quite a few, scroll down to the respective section here). If so, you very likely also have the related Sony Headphones app on your device, too. You may have to update it, as they’ve implemented the 360 functionality only recently. Regardless if you start TIDAL, 360bydeezer or the Sony Headphones app, they should recognize their presence vice-versa and ask you, if you want to optimize for 360 Reality Audio reproduction and you can start the process. 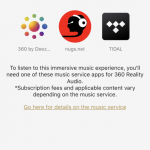 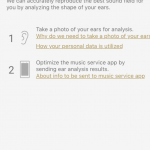 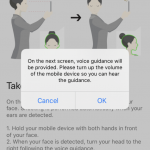 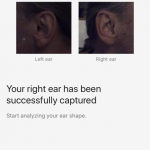 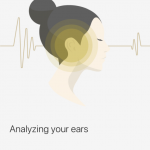 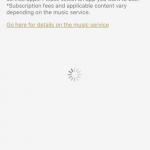 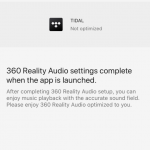 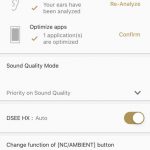 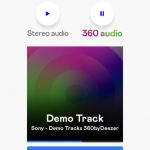 It’s just that you then take pictures of your left and right ears, that are used for a rather simple categorization of your pinnae that will adjust the headphones equalization in terms of optimizing the timbre of the reproduction. This tricks the brain to believe that there are spatial sounds around you (externalisation) rather than just ‚in your head‘ (internalisation), what you usually experience when listening to ordinary stereo mixes that were designed for loudspeaker reproduction. There are more advanced professional systems available, that work much more accurate with the individual head and ear data, called HRTF, generated through measurements with in-ear microphones or through 3D head scanning. But for me even this simple process makes a quite stunning difference in spatial impression. And this is  visible in the frequency response, too. 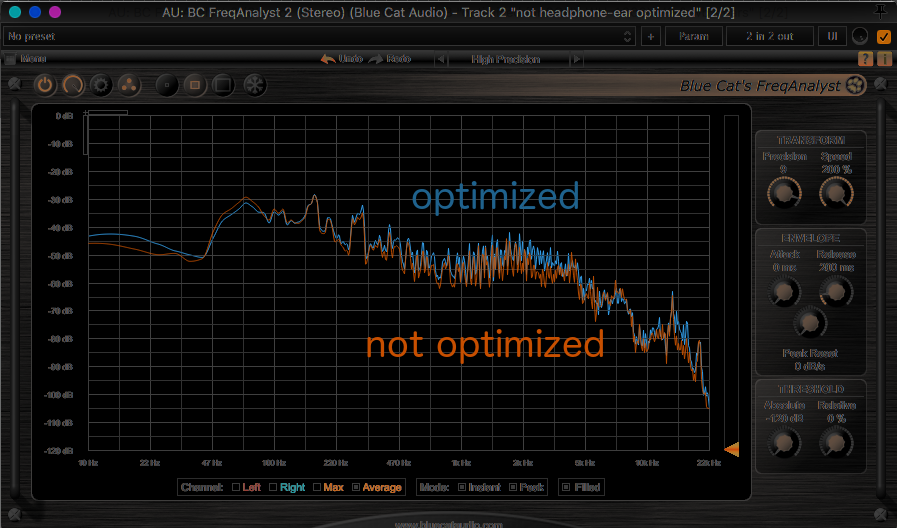 What’s there to listen to?

If you are not just a music lover but a surround sound aficionado, you may remember some highlights from the Sony catalogue in the heydays of SACD: Jeff Beck, Herbie Hancock, Miles Davis, Santana …. And yes: you’ll meet them here again now in 360 Reality Audio. Almost 100 albums, mainly from the 1970s and 1980s that artistically and technologically were milestone of popular music (there is only one album with classical music: Pierre Boulez conducting the NPO in Bartok’s Concerto for Orchestra/The Miraculous Mandarin, a ground-breaking quadraphonic recording in 1972 – that has unfortunately been technically and artistically perverted when released in 5.1 on SACD in 2001 by positioning the listener not within the orchestra as in the original production but in a normal concert hall – but that’s even another story to tell… The 360 Reality Audio version has obviously not corrected this error) 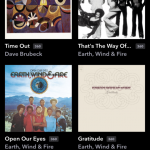 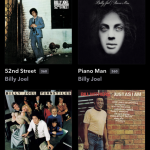 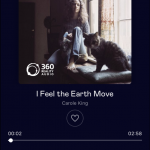 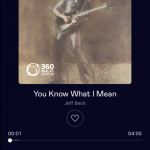 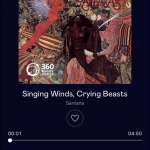 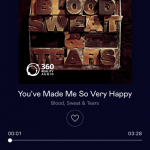 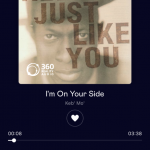 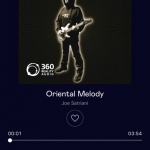 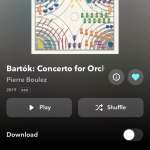 But wait a minute: How can this be? Have all these gems really been newly remixed to the 5+5+3 (notation according to ITU-R BS.2051-2) loudspeaker lay-out that form the room model for the renderer? 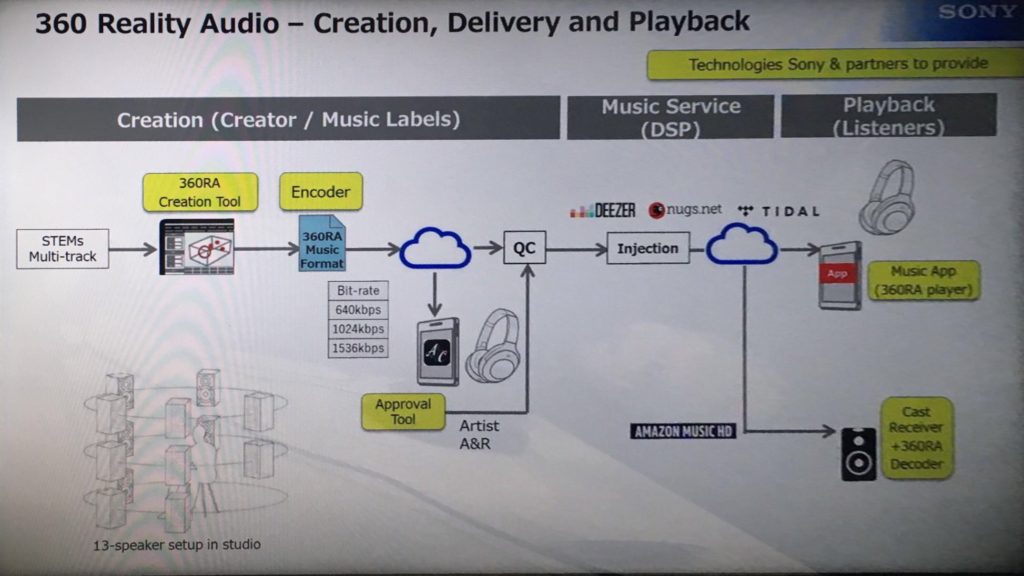 I doubt it. It’s more likely that Sony used the existing stems and masters from the 5.1 surround sound releases and send them through the system, using just 6 instead of possible 13 channels. Still, 5 channels on ear level do create a good binaural impression. And the addition of height and bottom channels in theses vintage productions would have been quite a technical and creative challenge: what to feed into them other than just some ‚reverb‘?

As I do own some of the these legendary tracks on SACD, I did binauralise them with a related renderer in order to cross-check with the 360 Reality Audio versions. I could not identify any profound differences. But more recent and future productions might really take advantage of this enlarged 3D sound space. In contrast to TIDAL, 360bydeezer has quite a little repertoire from contemporary artists like Cath Wong, Boycold, Au/Ra etc. So it’ll be interesting to examine those tracks if they really offer more space than the legacy productions.

Speaking about the renderer and the created auditory scene created: It’s obvious, the model applies the BRIR (binaural room impulse responses) of an excellent studio. For me, it’s really that I can ‚hear‘ and identify the loudspeakers and their position clearly within that room. So – as in surround sound music mainly – when vocals are mixed into a centre speaker, they really seem to come out from a virtual speaker right in front of me. So there is always ONE listening room where the music is reproduced. And you’re stuck in it. And this is the crux of the whole thing: if you expect to be blown away listening to your favourite album now in 360 Reality Audio, you might as well get disappointed: Where is the music? It’s too far away! There’s much less bass! The pressure’s gone! In this case your listening to the stereo version on headphones over the years has created a too strong „reference“ of how it has to sound. But honestly: To compare and evaluate this „slapped-on-ears-stereo-loudspeaker“ experience with a genuine 3D audio binaural listening is like comparing apples and oranges. No way. A more reasonable way would be to switch A-B with the listening scenario from your home stereo – and to judge then. However, audio pros get seldom trapped likewise. And this is why musicians and producers are more open towards this development and appreciate that through this approach, the artistic intention and reproduction quality of their approved studio mix gets delivered to the audience. You see this process of ‚artistic approval‘ even being an integral part in the 360 Reality Audio systems chart above.

All in all: I consider this a good first move to get immersive music listening going. Hopefully there are more productions to come that create and drive for new exciting experiences. And hopefully more listener’s will adjust their listening habist and appreciate that music on headphones deserves more space than just the 17cm between one’s ears.

Transparency note: I’ve been BR’s project lead in the ORPHEUS project that pioneered the development of an end-to-end object-based audio broadcast chain. One of the partners in the project was Fraunhofer IIS contributing the MPEG-H technology. As I continue to work on the implementation of Next Generation Audio in broadcasting with both external partners, Fraunhofer IIS and Dolby, I do have access to and do evaluate NGA tools from both competitors, partly also on NDA basis. Therefore I would like to underline that in this article no confidental information from both has been used, and it is solely based upon unaffected examination and my personal expertice.